GMRS vs. CB: What’s the Difference Between Them? 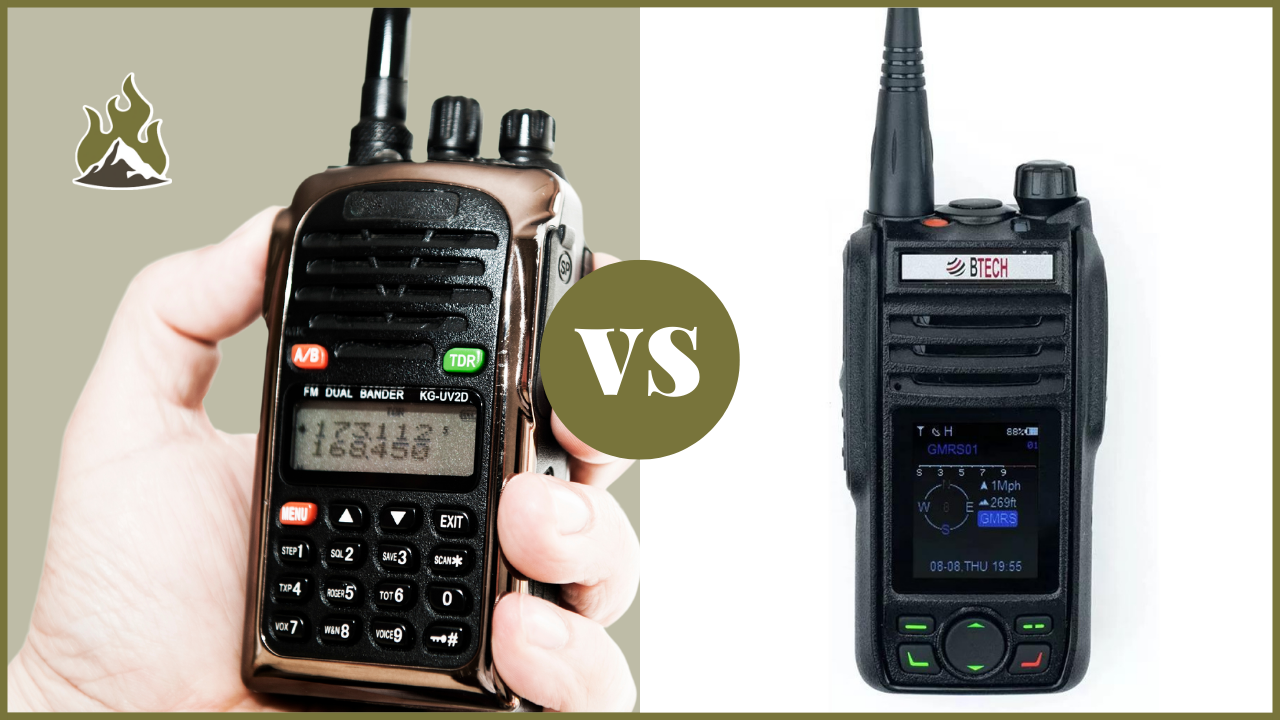 Citizens band or CB is a well-known form of two-way communication, but some people might not know about General Mobile Radio Service or GMRS. They are the same, with a few tweaks that might change things like range and signal power. So what is the difference between GMRS and CB?

The Differences Between GMRS and CB

While some people who know the ins and outs of Ham radio could easily rattle off the differences between the two bands, it can be challenging to pin down the critical differences for those who aren’t that familiar with comms. Nevertheless, you can begin to sort out facts from myths by learning a bit about the two types.

GMRS is one of the bands that you must be required to have a license for. It works like a public radio for distress beacons and other information services. No permit is needed for emergencies; most people transmitting on these frequencies will live during significant disasters and weather events.

A few facts about the GMRS that you should know are:

The differences between the two types are similar, which is another reason people could be confused. You should understand that GMRS is much more powerful and will enable you to communicate in a large area but will drown out other signals. This is why large companies are often passed over for licenses in favor of individuals.

Citizens Band Radio is Very Common and Easy to Use

Chances are you have seen or used a CB radio before. They are a part of Americana that reminds us of our constantly growing roots and the blue-collar base on which the country is built. Citizens band is for the people to communicate, and you can use it anywhere the FCC regulates.

Some things about Citizens Band you need to know are:

The CB is an excellent idea for your camping vehicle or farm truck. It allows you to transmit on the move so that if you don’t have a signal on channel 14 at this location, you can drive until channel 14 lights up with activity. GMRS can hit signals at a higher frequency and more extensive range. Each has its pros and cons.

GMRS vs. CB: Head to Head

Now that you know what each is capable of, it is time to show a few things about them that make them similar. They have lots of things in common that make them great ways to communicate with your friends or make a call for help.

The Size of the Radios is Something to be Compared

A few things about the size that allow you to tell the radios apart are:

The size of the radios and the things that go with them are dead giveaways for the type of radio you are using. The smaller parts of the GMRS units will also be much more expensive. The CB is a larger and cheaper choice which makes beginners always find their footing on Citizens Band before moving on to Ham radio.

Frequency Ranges are Another Way to Discern Between the Radios

Each of the radios will have its frequency range. Often people won’t understand that the frequencies are not interlinking and cover two separate parts of the radio wavelength. The frequencies won’t interact, and you should be able to use both radios to communicate with different parties.

The frequency ranges for CB and GMRS are:

The frequencies accessed with the two types of radios are far apart on the wavelength scale. That means that one will have much more power over the other. You should pay attention to your surroundings and recognize that higher-powered radios often work better in dense environments and CBs better in open areas with a line of sight to the receiver.

Each Radio has its Uses and Shortcomings

When using GMRS and CB, there will be things you like about each. Some things will make you notice something about them that comes up short. Comparing them gives a clear picture of what they can do and how they will benefit you.

A few good things about GMRS are:

CB radio works to help people communicate and warn others on the road about possible hazards. However, when using Citizens Band, you see that there are reasons to choose the weaker signaled radio for effects that some might not understand.

A few reasons to choose CB over GMRS are:

When it comes to radios, they often work just as advertised. However, there will be issues with range and power no matter which one you choose, and learning the bad parts can allow you time to formulate a backup plan.

Some bad things you can always count on when using GMRS or CB are:

Knowing the capabilities of your radios can allow you a tactical advantage when there’s a disaster. By having backups, you place yourself in a position to get out of a rough patch and possibly save your family’s lives.

When it comes down to it, the GMRS and CB bands have several things in common. First, both are two-way communication options that allow the user to broadcast and receive calls from other radios on their frequency and in their area.

Planning for the shortcoming of both styles of radio could be an excellent way to avoid the brunt of a disaster and protect your home and property. By knowing the differences between GMRS and CB, you can make a plan that will save the day.