GMRS vs. Ham: What’s the Difference Between Both? 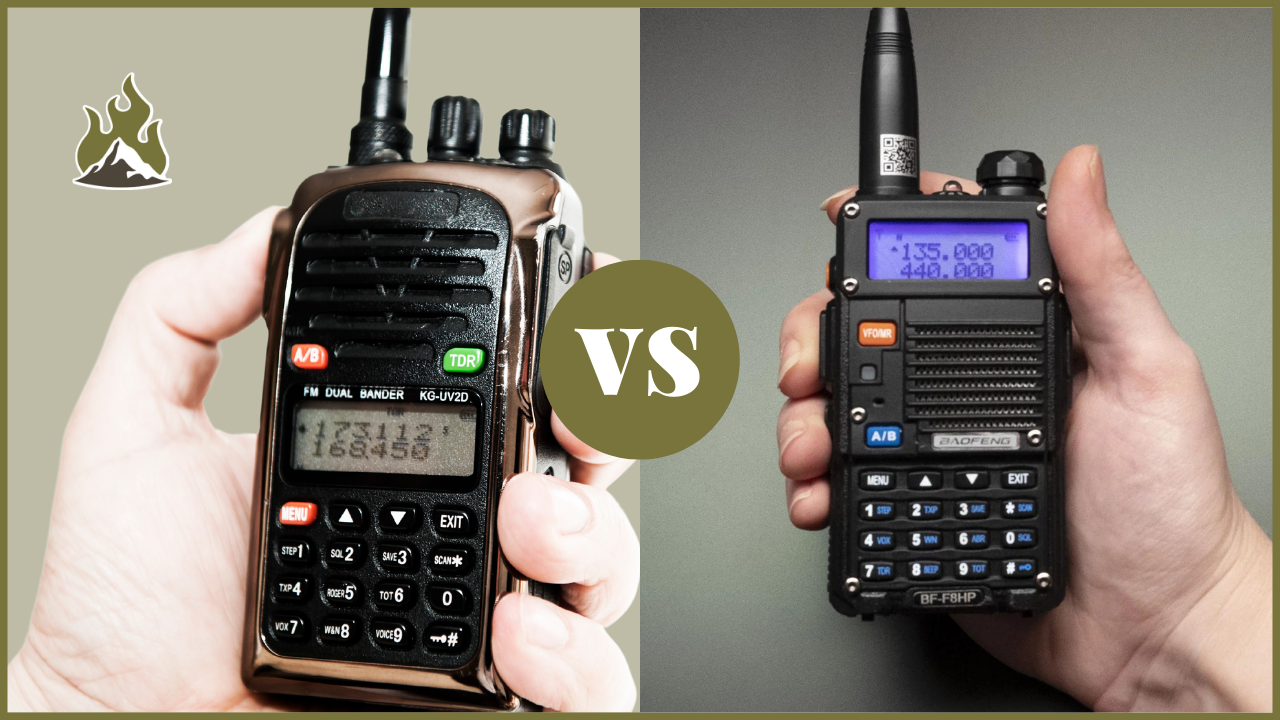 Ham radio and GMRS are both heavily used means of communication that some people have no clue about. They provide families with direct communication and could even provide the power to contact someone around the globe. So what are the differences between GMRS and Ham radio?

General Mobile Radio Service and Ham radio are often confused because they share many things. They have several differences that are only evident to those who have spent time working with radio bands. Don’t sweat it! Read on and learn all you need to know about the differences between GMRS and Ham radio.

The Differences Between GMRS and Ham Radio

Ham radio seems like an activity that most preppers would enjoy. It teaches self-efficacy while allowing you to communicate without using the grid. GMRS radios are often sold at big chain stores and are also pivotal in keeping comms between you and other family members. No matter which you choose, you should know the differences and how they work.

GMRS communications are often person-to-person, walkie-style comms that allow you to concentrate at shorter distances and with fewer people than Ham. You could probably have a set of GMRS walkies you don’t know about. Operating GMRS requires a license but is much less severe than the Ham testing and requirements.

A few key differences between Ham and GMRS radio are:

GMRS radio is so typical that you frequently see them at Walmart and other big box stores. However, remember that they must meet the requirements of your positioning. That means you have to think about the terrain you will use the walkie and its impact on the comms. If you feel GMRS isn’t strong enough, it is time to step into the world of Ham radio.

Ham Radio is Powerful and Requires a License

Ham radio isn’t just for people who are into electronics or prepping. There are applications in the real world that people simply don’t know about. You don’t have to worry about range or obstructions using a Ham. The signal is powerful and must be trained and tested before broadcasting.

A few critical differences between Ham and GMRS are:

Ham radio is a niche that is tons of fun to learn about. They have people who will come and help you pass the testing so that they can get more people on the air. In the end, Ham radio is about broadcasting from a safe location, and GMRS is about being able to move. Either is a great way to broadcast for help or give others information during an emergency.

General Mobile Radio Service is a good place for people to get their feet wet in outdoor communications. The radios are easy to use and can be found in any sporting goods store or on Amazon. They lack a few things that Ham can do, but they are handy for the prepper and the outdoorsman.

Working with a GMRS Radio is Much Easier than a Ham

One of the reasons that GMRS is so popular and easy to get into is because the radios are easier to use. People with no training can pick them up and use them with little instruction, and with a bit of work, they can master broadcasting. It is a fantastic place to start, as Ham is about building a robust, stationary radio.

We also have an article comparing GMRS to FRS here.

Some things to take care of before operating your GMRS radio are:

Testing your radios before you head out is imperative for safety. They could be worthless if there isn’t enough charge or you have a bad antenna. By doing a few simple tasks, you could find a flaw that is easily fixed at home. But, unfortunately, things aren’t so simple out in the wilderness.

Ham Radio is Fun and Addictive

One of the most common ways that people know Ham radio is from conventions. Once a year, a group of hobbyists would descend on the local recreation center and begin setting up elaborate antennas and generators. They spent the weekend discussing their rigs and capabilities while showing the local kids how to bounce a signal off the moon.

Check out our article with 5 must-know HAM frequencies.

Some critical parts of the Ham radio setup are:

Ham Radios are lots of fun to operate and fun to put together. They are comprised of towers and computer equipment that will take time and effort to assemble. Learning to use them will take some time, but once you are ready for your first test, you should know the ins and outs well enough to broadcast and troubleshoot any radio problems.

The differences between GMRS and Ham are not that hard to miss if you know what you are looking for. One of the most significant issues is licensing. For Ham radios, you must be tested and pass the test, which comes in varying levels from hobbyist to radio technology. GMRS radios are often found in big box stores and are much simpler to operate.