Learning the Art of Situational Awareness May Keep You Alive 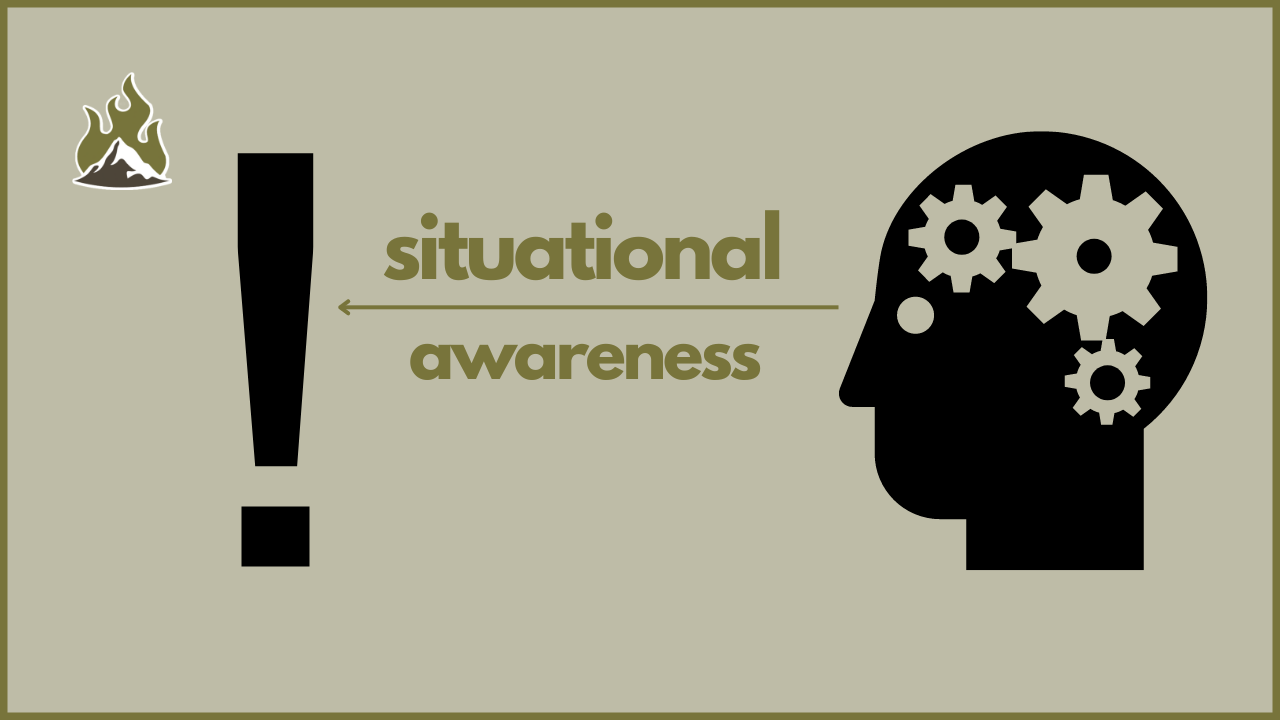 What if I were to tell you that one of the most important things you can do to keep yourself safe doesn’t have anything at all to do with your everyday carry gear? Would you be surprised?

Now, before you think that I’m off my rocker, I’m not suggesting that you should stop carrying your choice of self-defense gear.

What I am suggesting is that a thing called “situational awareness” may be one of the single most important skills that you can develop when it comes to keeping yourself safe from potential threats.

Developing this ability can help you stay safe in a doomsday-type scenario but it can also help you right now in your day-to-day lives.

What Is Situational Awareness?

If you’ve never heard this term before, let me take just a minute and describe what it is for you. Situational awareness is having the mindset in which you are constantly evaluating your surroundings for dangerous situations and any potential threats to your safety. It’s not, however, about walking around paranoid. It’s about training your mind to see dangerous situations and having the common sense to do all you can to avoid them.

One of the most important things that you can learn is that regardless of what self-defense gear you might be carrying, if you aren’t aware of nearby threats, you’ll be much less likely to be able to protect yourself.

This Is Really More of an Art Than a Skill

I’m sure you’ve heard the term, “a woman’s intuition” before. Situational awareness is very similar to this although it’s certainly not limited to only women. There are skills that you can practice that will help improve your ability to detect any would-be threats in your immediate vicinity, but ultimately situational awareness is the instinctual ability to “feel” that you are in a dangerous situation.

Many of you will have had experiences in your life where you remember having a distinct feeling that something just wasn’t right. Let me share a personal story with you that demonstrates a perfect example of how situational awareness kept me and my husband safe many years ago.

The year was 1995 and my husband and I were enjoying one of our favorite weekend activities which were camping. We usually took our son along but this time it was just the two of us.

This camping trip started out like any other but as the night progressed my husband’s innate ability to sense danger kept us safe. Shortly after we finished eating a can of stew that we had cooked over the fire, we were sitting around and enjoying the evening stars when my husband heard a branch break in the nearby bushes.

Since we were in the woods, this wasn’t anything out of the ordinary but it could have been either a deer or a bear. Obviously, being confronted with a bear after having dinner around the campfire could make for a very dangerous situation.

My husband then grabbed a large branch and threw it into the bushes where he heard the sound come from. He was thinking that if it was a wild animal, this would be enough to cause it to run away. To his surprise, after throwing the branch, we didn’t hear any more sounds. If it would’ve been a wild animal that had broken the branch, it surely would have run off and made even more noise as it was leaving.

When this didn’t happen, my husband instantly knew that something was wrong. I remember him quietly saying to me, “Listen to me very carefully, and don’t ask any questions. Keep going about your business as if nothing is wrong but make your way to the car and get in like you’re just getting something for dessert.”

To tell you the truth, hearing him say this really freaked me out but after waiting a few seconds, I did exactly as he asked. Shortly thereafter, he got into the driver’s side, started the car, and we left without picking up any of our camping gear.

Naturally, the first thing I did was ask him what the heck was going on and he responded that he didn’t know but he knew something wasn’t right and that it wasn’t safe for us to be there so we were going home for the night. I remember him saying, “we’ll come and get our stuff tomorrow but tonight we’re getting out of here.”

To our surprise, the next day, while watching the news, there was a story about a group of armed individuals who were in the very same area where we were camping the night before. These guys were assaulting and robbing people who happened to be camping!

This story is a perfect example of how developing a sense of situational awareness can help to keep you safe in a dangerous situation. My husband didn’t actually see anyone in the bushes but something deep down inside him told him that it wasn’t safe for us to be there that night.

The most important point that I can make regarding this situation was that my husband’s instincts were actually based on an “observation”. It wasn’t merely the fact that he “felt unsafe”. He used the information that was available to him at the time to make an observation about his surroundings. In this case, he was able to gather the information that he needed by throwing a branch into the bushes and expecting a wild animal to run away.

When that didn’t happen, it raised suspicion with him, and then he listened to his instincts and made the right decision that ultimately ended up keeping us safe.

Some Things That You Can Do to Develop Situational Awareness Instincts

Remember, I said that developing situational awareness is more of an art than a skill but like I said before, there are some things that you can do to train your mind to start thinking differently which will help to keep you safe.

I’ve taken the liberty of listing just a few of them that come to mind below.

I hope this article will inspire you to work on developing better situational awareness skills. The spirit of this strategy is to learn to avoid situations where you have to rely on your ability to defend yourself. This is always a better option than making poor decisions about the situations you put yourself into and having to fight for your life.