Why Do Preppers Hoard Nickels? Here’s Why! 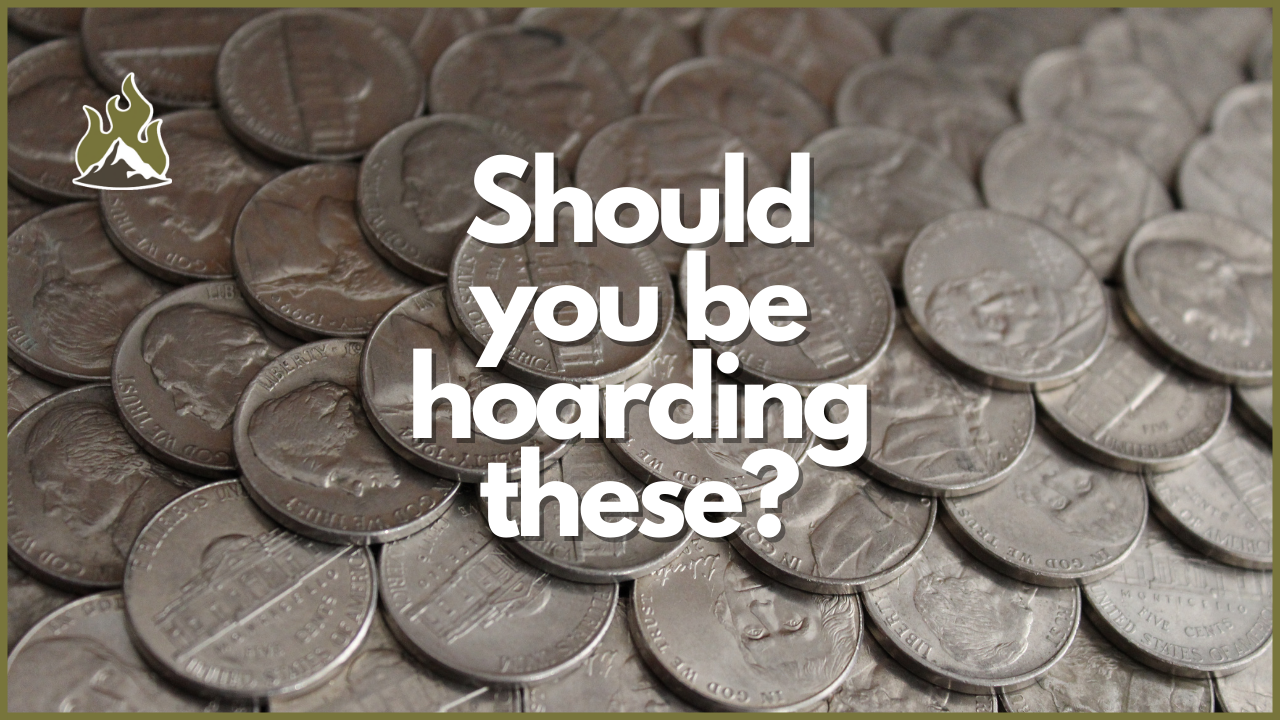 More and more, world and local events are not only making frightening headlines but are also demonstrating the precarious nature of human existence. Prudence dictates that certain preparations be made in the event of an emergency occurring. One narrative that seems to be making the rounds is that preppers are hoarding coin currency, specifically nickels. But why?

Preppers hoard nickels primarily because the value of the metals they are minted from (nickel and copper) are worth more than their five-cent face value. Nickels are therefore perceived by preppers as a good hedge against inflation and a secure asset to hold in the event of a civil calamity.

Proactive preparation for disasters and catastrophes (naturally occurring, man-made, or otherwise) requires a thoughtful approach. While certain things like life-sustaining necessities are obvious, others are not. There are a number of reasons why preppers hoard nickels and not all of them are related to their monetary face value, so keep reading to learn more about this recent phenomenon.

Why Do Preppers Hoard Nickels? Here’s Why!

Certain things like long-term, shelf-stable food supplies, backup power sources, and portable water filtration devices are standard supplies that can be found on any prepper’s preparedness checklist. But one item that is stirring up great interest among preppers is the humble U.S. five-cent coin, otherwise known as the nickel.

What is it about the nickel in particular that makes it a currency denomination of interest among preppers and why is it preferred over coins like the dime and the quarter, which have significantly greater face value? The answers are below so keep reading.

Nickels Are Worth More Than Their Face Value

The stability of any nation’s currency depends on the perception that it will stand the test of time and hold its value no matter the circumstances. But what if money turns out to be more valuable than the denomination it represents, by virtue of the materials that are used to produce it?

This peculiar circumstance applies to the U.S. five-cent coin and it is the primary reason why preppers hoard nickels. According to the United States Mint (the federal agency responsible for minting coin currency in the US), the nickel is comprised of the following two metals:

What makes nickels of particular interest to preppers has nothing to do with their monetary value and everything to do with the value of the metal material from which they are minted. Specifically, it is the nickel in nickels that has preppers stockpiling nickels next to their canned food.

Due to recent world events, the value of nickel (the metal) has skyrocketed and as a result, nickels (the coin) are more valuable when melted down into their raw metal form than they are as U.S. currency. In fact, the metals in each nickel are worth an estimated 7.9 cents or roughly 60% above the 5-cent face value.

Nickels Cost More to Produce Than They Are Worth

Another way to look at this fiscal conundrum is that it costs the U.S. Government more money to produce each nickel than each nickel is worth once it is put into circulation. Incredibly, this has been the trend for well over a decade.

Interestingly, the dime, quarter, and half-dollar are all minted from cupro-nickel as well. But where nickels contain 25% of their namesake metal, the other three contain only 8.33% nickel content (the remainder is copper).

Hence, these coins are not nearly as appealing to preppers for stockpiling purposes.

To Hedge Against Inflation

For many preppers, hoarding nickels is a precautionary measure to protect against runaway inflation while having a form of currency that is protected against devaluation. Here is how their thinking goes:

It is important to note that melting down U.S. coins for the purpose of harvesting and selling their metallic content is prohibited by federal law so the inflation-hedging benefit of holding nickels may never be realized (at least legally) by preppers hoarding them.

But the other side to the coin is that even without melting down nickels for their metal value, if the cost of minting new nickels continues to outpace their face value, then the U.S. Mint may source cheaper metals to produce new coinage (this is what happened with the penny).

In which case, nickels made from cupro-nickel may in fact be worth more in the future and be a worthwhile investment.

Although the US is rich in natural resources, when it comes to nickel, it lags far behind other nickel-producing countries. There is only one major nickel mining operation in the US and the total annual output in 2021 was 18,000 metric tons. By comparison, during the same period:

What this all means is that the U.S. Mint must source the nickel that is used to mint this country’s five-cent coinage from foreign sources and thus must deal with certain risks that may not apply to a domestic supplier.

A variety of factors can impact the global supply of nickel such as international conflicts (e.g., the war in Ukraine), natural disasters, or political strife in a supplying nation. The possibility of unforeseen circumstances suddenly making nickel scarce or unavailable could cause nickels made from cupro-nickel to appreciate in material value during the ensuing scramble to find alternative metals.

Contrary to popular opinion or portrayals in mainstream media, preppers do not sit around hoping for a cataclysmic event to turn the world upside down. They do, however, believe that the likelihood of social instability is significant and this necessitates preparation to achieve a certain level of independence and subsistence should the need arise.

Recently, the hoarding of nickels has been trending among preppers. Whether the material value of nickels continues to outpace their face value, or whether this metal suddenly becomes scarce, remains to be seen. But what is certain is that preppers who have a stash of nickels stowed away will at worst have saved some currency for a rainy day.